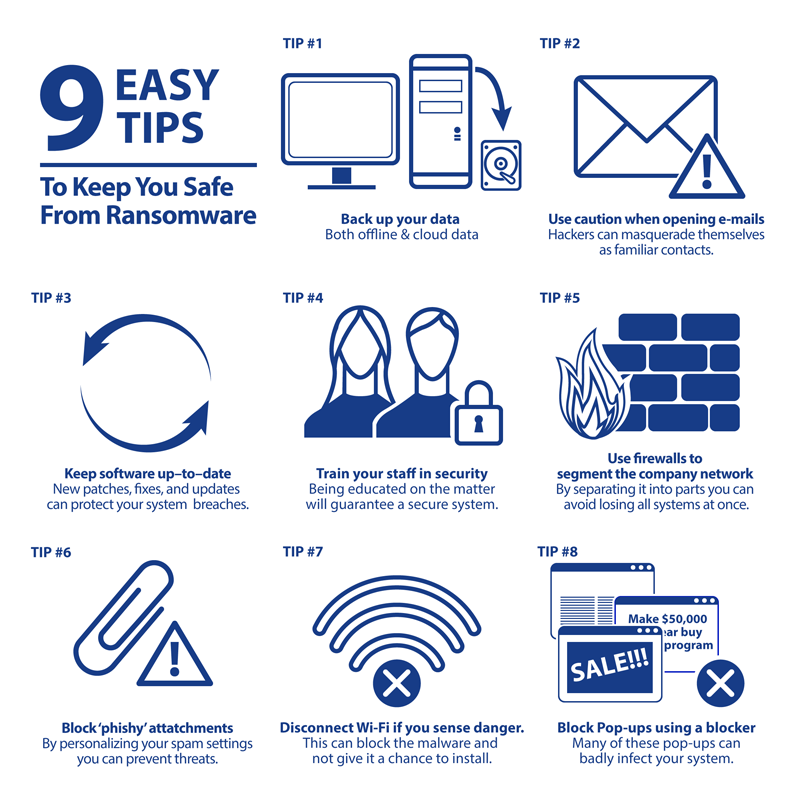 For most of us the Internet has become an irreplaceable force in our lives. Just by surfing the web and punching in vital personal information, we can conduct many of our daily activities such as, banking, grocery shopping and applying for health insurance, etc. Many of us are aware of the threats that malware, viruses and Trojans pose to our information but there is a growing threat worldwide that can actually cost you a hefty price tag.

What’s the name of this new threat?
Its name is RANSOMWARE, which is a type of malware that prohibits or limits people from accessing their computer – putting your vital personal information at risk. Users are then forced to pay a ransom so they can access their computers again, pretty serious stuff.

How can Ransomware infect your computer?
Your computer can become infected with ransomware in different ways.
1) It can secretly be installed on to your computer with out you knowing or realizing it until its too late.
2) It can act as a legitimate file and then infect your computer once its been installed. This method is known as a Trojan and according to the FBI, the Trojan known as CRYPTOWALL had accumulated over $18,000,000 from early 2014 to June 2015.

Major Ransomware Events
Just recently the Kansas Heart Hospital in Wichita had all their systems and records locked for a ransom – the amount is undisclosed. The Hospital gave in and paid their ransom but all they received was “partial access” and a second demand for more money. The Hospital’s President, Dr. Greg Duick refuses to pay the second demand, calling it unwise. Another high-profile case was the attack on Hollywood Presbyterian Hospital. Their internal I.T. Systems were attacked and the hospital paid 40 Bitcoins which is the equivalent of $17,000 to gain back access.

What should you do if you are a victim of Ransomware?
The FBI urges and advises victims not to give in and pay the ransom because the money can be funding a criminal organization.

What can SLK do for you?
Our team of experts can perform regular back ups on your systems so there is an option to revert back to a stable version, keeping your work safe and secure.